This Conference was the first-ever of its kind held with the objective of reviving the glorious tradition of the subcontinent’s cultural fabric of secularism, inclusiveness, tolerance and pluralism by invoking the Sufi tradition and revisiting its literary-poetic heritage which is a unique civilisational link between India, Pakistan, Bangladesh as also Middle Eastern countries and Central Asia. The aim of the conference was to build understanding among writers, scholars, poets, thinkers, spiritual leaders and social activists about the occasional turmoils in the national and regional life of the people brought about by violence and terrorism due to social, political and religious differences and rivalry. 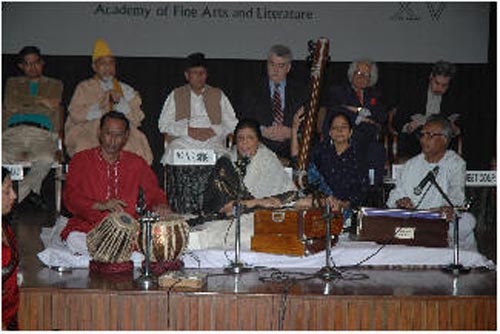 Smt.Shanti Hiranand, an eminent disciple of Begum Akhtar, with her troupe, singing devotional songs at the Inaugural Session of the International Conference on Sufism organised by FOSWAL 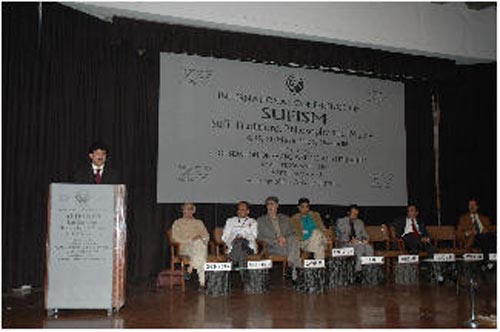 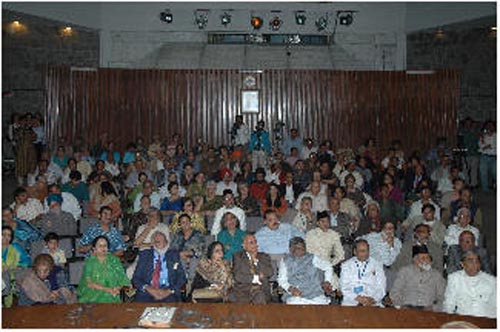 The eclectic audience included representation from more than 30 countries